A history of the local area

Pimlico was a swampy osier bed with a scattering of cottages until increasing demand for property made the unfashionable West London start to look attractive.

It was sold by James I for £1,151.15s in 1623, and the whole area, including modern Pimlico, Belgravia and most of Mayfair and Kensington, was inherited by Mary Davies in 1666. At the age of just 12 she was married to Sir Thomas Grosvenor, a member of an obscure Cheshire family.

As a result the Grosvenors became the richest family in Britain, Dukes of Westminster and still own most of Mary Davies’s inheritance, though not Pimlico, which they sold in 1953 (more on that later). In 1825 Lord Grosvenor contracted Thomas Cubitt to develop Pimlico and the marshy ground was reclaimed using soil and hardcore excavated during the building of St Katherine Dock. Read on to see how Cubitt turned Pimlico into the grid of splendid stucco houses, of which Warwick Square is the queen. 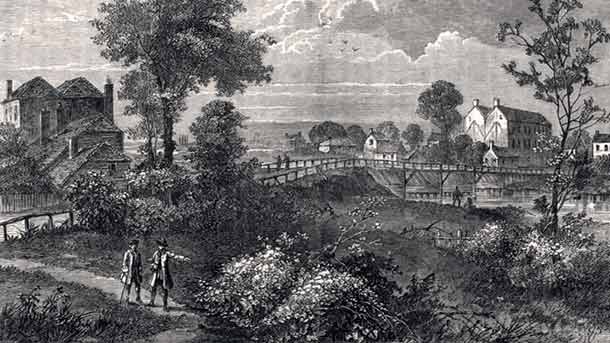 Suggested by Warwick Square resident Rosalind Copisarow: Best article I have read about Pimlico and Victoria’s past, present and future. Highly recommended!

Have you ever wondered what Pimlico looked like during Elizabethan times, if indeed it was even on dry land? Or why Warwick Way runs at a diagonal to all the other streets? Or heard about the role of Thomas Cubitt’s brother in getting him his first building contract? Or, if you are a fan of historical novels, whether any of the deliciously seedy, disreputable areas mentioned in some of them were actually on your doorstep?!

I was fascinated to find the answers to all these questions and more in a very well written and meticulously researched article “In Search of Victoria” by Graham Stewart, historian and former leader writer for The Times. It was commissioned by the London BID company which is coordinating the redevelopment of the area from Victoria coach station to the other side of the railway station along Victoria Street. For this reason, any questions you may also have about the future plans for the area currently under construction around Victoria station and possible move of the coach station are also authoritatively addressed in this article.

Born 1788, died 1855, this one-time ship’s carpenter was perhaps the most prolific builder Britain has ever seen. He developed vast tracts of London, worked on Buckingham Palace, inspired the Great Exhibition and, most importantly from our point of view, built Warwick Square, or at least masterminded it. Would someone who feels passionately about Thomas Cubitt please contribute a learned article here?

The Fight for Freeholds

In 1979 the freehold of the 224 residences and the garden were bought by Behbehani Buildings. The buildings and the garden had for some years been allowed to decline and in 1990 the residents’ anger was further increased by the badly managed refurbishment of the entire north side of the square which resulted in the residents withholding payment. Behbehani started eviction proceedings and the story reached The Mail on Sunday. The stand-off was broken only when Behbehani offered the freeholds to the residents.

Read the full story: Tony Hudson’s account of the battle.