Click on the headings below to read the full story:

Blood on the pavement: colourful stories of Warwick Square

Brian Eastman tells the fascinating story of the ups and downs of running the affairs of Warwick Square for many years. Such as the bloody day residents fought on the pavement over a dispute, the “as new” carpet that had to be thrown away because it had rotted away years ago, and the tangled legal feuds that led to many headaches, and large bills…. read more

Homage to the garden in Warwick Square

Now that I have completed some fifty sketches of the Garden and its flora it is only fitting that I write an introduction of what brought it on and some thoughts on the connection between the actual and the perceived.

Drawing is part our training of becoming architects, the essential means of conveying designs to our clients which once approved are turned into technical information for construction. Even now, when everything is done on computers, the challenge of seeing or imagining the vision onto paper remains… read more

Some priceless views of Pimlico in London, made during the 1950s. Many of the buildings and streets in these films have been demolished or redeveloped. However, there are many streets and buildings still very recognisable today.

These pieces of originally silent film appear to have been either outtakes, film made for atmosphere or just as a recce of the area. They were made for two 1950s British feature films made in the 1950s. Most of the clips are connected to the film “Hunted” which starred Dirk Bogarde, and was released in 1952. Some are connected with the later film “Innocent Sinners” starring Flora Robson and David Kossoff, and released in 1958… read more

How Warwick Square survived the Blitz 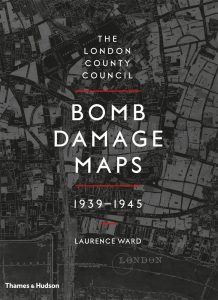 Two fascinating wartime maps of Warwick Square and Pimlico have been sent in by our Head Gardener Sarah Syborn – discovered by her husband Philip in a book about bomb damage.

The map of Warwick Square shows that, amazingly, we suffered not a scratch in the Blitz, though nearby streets such as Moreton Place had it very rough. The colour code indicates the degree of damage, with black and blue representing complete destruction…. read more

The carpenter who helped to build Pimlico. A fascinating history

A book review by Peter Hill, a Warwick Square resident

History seldom tells us about ordinary people and it was fascinating to read the autobiography of William Symons Julian, a Cornish farm boy who learned a carpenter’s trade and came to London in the 1860s and helped to build Pimlico. William’s memoir was discovered in an attic by his descendants… read more

My quest for a key to the secret garden

I was warned that London is very parochial and where you start you are likely to end up. Never were truer words spoken to a young man seeking to make a career here. Business and finance beckoned and Pimlico was the chosen neighbourhood for me. It was cheap and clean but most of all central. A ten -minute walk from Sloane Square and a stone’s throw from Victoria. A dalliance in Dolphin Square, the purchase of a ground floor flat in St George’s Drive followed by a bijou house in Warwick Square Mews… > read more

A history of the local area

Memories of the Square

My family and I moved to Warwick Square in the late 1950s. I vividly remember being made lookout for the arrival of the Bishop & Sons removal van that was on its way to number fourteen via Buckingham Palace Road, the unofficial border between the elegant environs of Belgravia and the still evident bombsites of Pimlico… > read more

The Saving of Warwick Square

When we bought our flat here in 1983, moving from a house in Sussex Street when I took up an overseas posting, the freehold of the 224 residences which eventually comprised Warwick Square Co Ltd had since 1979 been owned by an Arab property company, Behbehani Buildings. These residences are not all those with a Warwick Square address, but only those on the north and south sides of the square plus a few in St. George’s Drive… > read more

Ever since Lord Grosvenor did the deal with Thomas Cubitt in 1825, Pimlico has tended to be more about aspiration than inspiration. One struggles to find extraordinary points of interest to boast about. We have no Grand Houses, Victorian serial killers, ancient monuments or tourist attractions to offer you. There are no white-cubed art galleries, hipster hangouts, designer boutiques or billionaire ghettos… > read more