The first two pictures are the “servants’ bell” which had a string and a little bell attached to the end. This is the only one completely intact which I have come across in Pimlico. 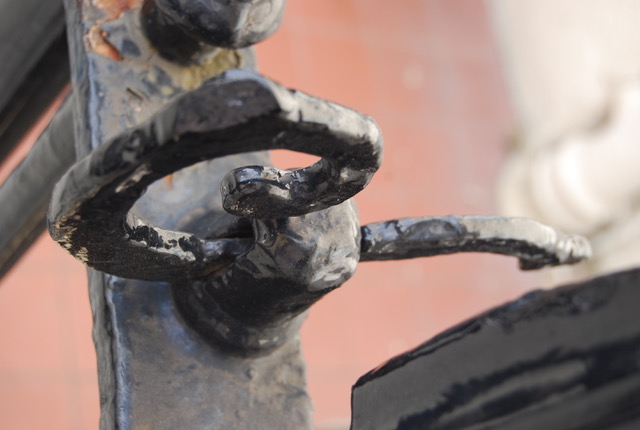 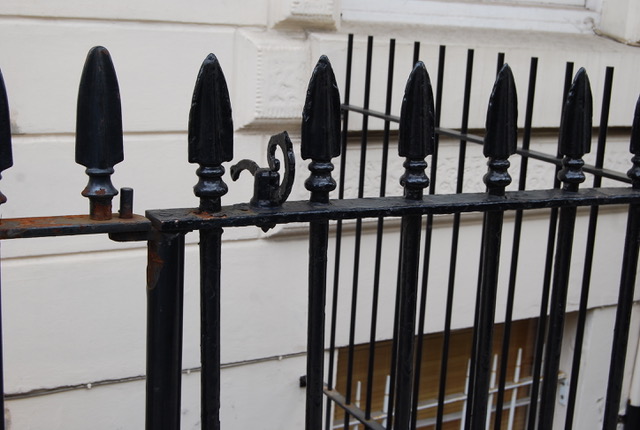 Four different styles of boot scrapers in the Warwick Square: 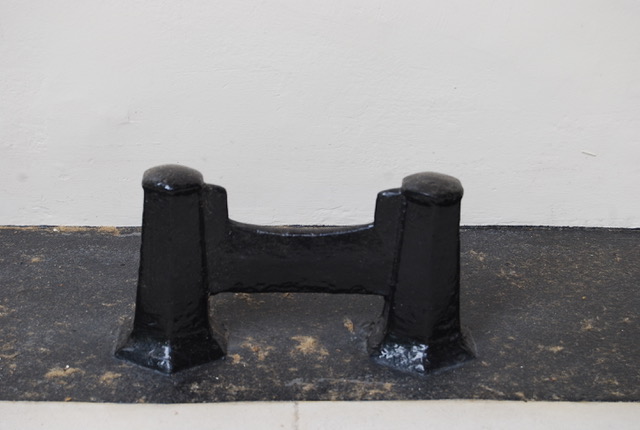 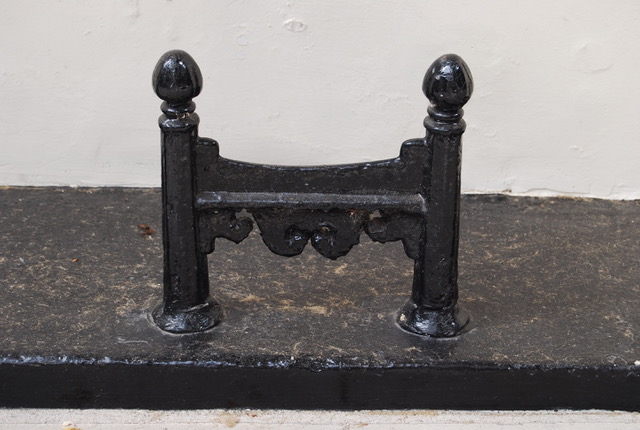 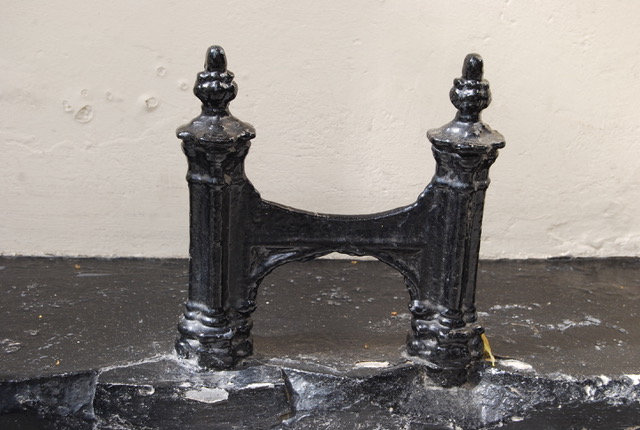 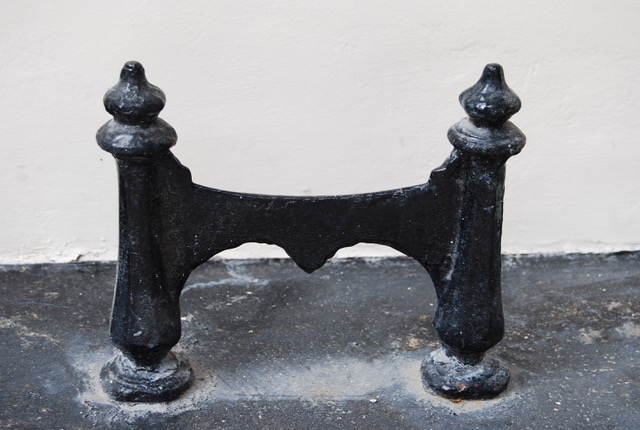 An ornamental window sill stand and the detail of the post by stairs to basement: 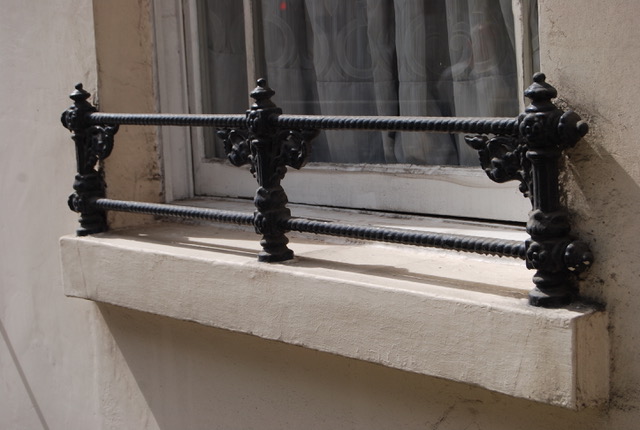 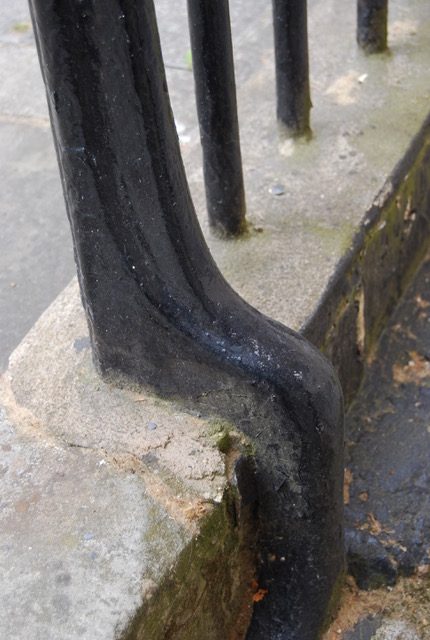 A recessed boot scraper from a house in Pimlico: 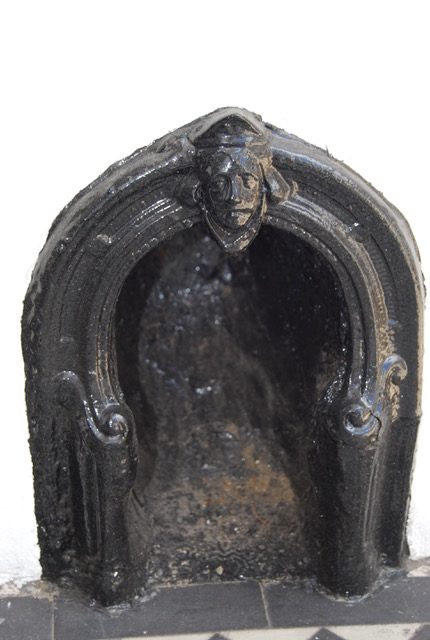 An elegant and ingenious handrail at 4 Warwick Square, part of it supporting the balusters by making a downward curve: 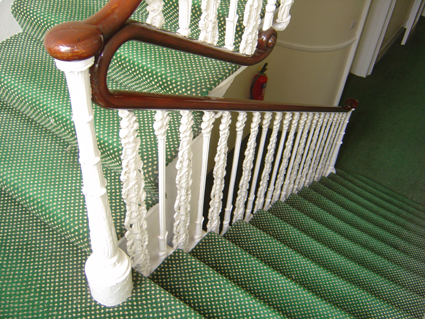 A lettered brick wall from World War Two saying: “Public shelter in vaults under pavements in this street”: 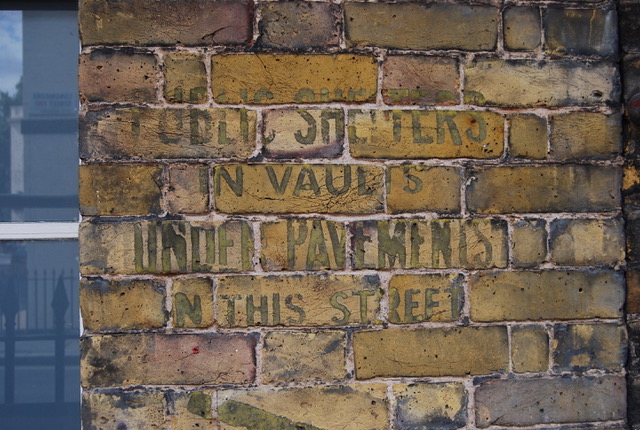 An ornamental Victorian support for the railing in Warwick Square: 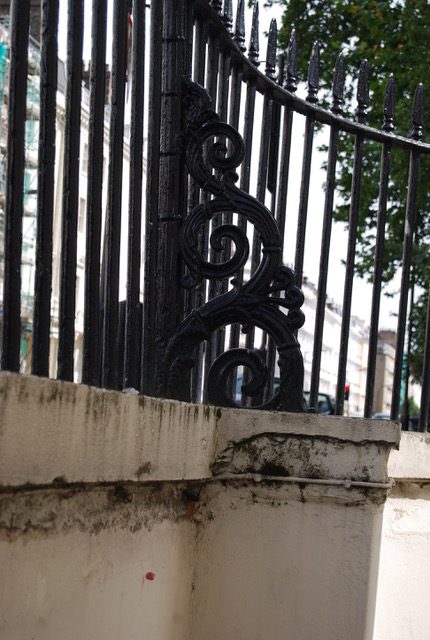