The Saving of Warwick Square

When we bought our flat here in 1983, moving from a house in Sussex Street when I took up an overseas posting, the freehold of the 224 residences which eventually comprised Warwick Square Co Ltd had since 1979 been owned by an Arab property company, Behbehani Buildings. These residences are not all those with a Warwick Square address, but only those on the north and south sides of the square plus a few in St. George’s Drive.

These blocks had over the years been owned by a succession of property companies. Behbehani also owned the garden. By the time we returned permanently in 1989, discontent among the occupiers was growing as the buildings and the garden had for some years been allowed to decline. Barely one-third of those residents entitled to use the garden actually chose to pay for a key, and it survived largely through the efforts of enthusiastic external members. 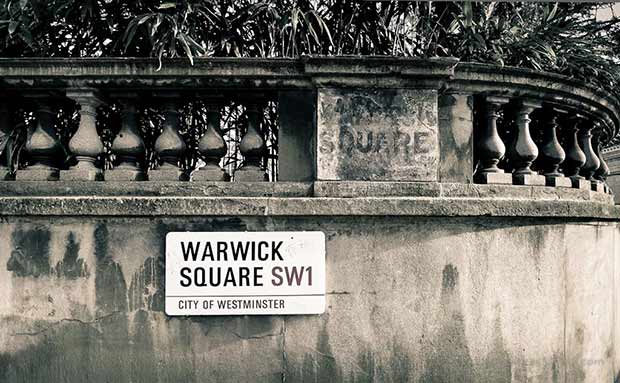 At the start of the next decade, the residents’ anger was further increased by a poorly managed external refurbishment of the entire north side of the square, which cost much more than estimated, and also took longer than planned, which led to winter weather causing further deterioration. Residents, some of whom were being levied more than £15,000 for this project, rebelled and with the support of the Residents’ Association service sharges were withheld because of the lack of proper accounts. Lady Macmillan, daughter-in-law of the late Premier, launched a counter-claim on the grounds of persistent neglect, having had to vacate one room because of damp.

When these actions led Behbehani to seek to sue and get eviction orders the story reached The Mail on Sunday in May 1991. All this left Behbehani short of funds, and eventually their banking support was withdrawn. These events, allied to the prospect of forthcoming legislation empowering tenants to purchase their freeholds, and also increasing differences of opinion between the owner and his manager, led Behbehani to offer the freeholds to the residents.

There was, however, a sting in the tail. At that time there were far fewer penthouses in the square. Behbehani, without informing the residents concerned, sold rights to build penthouses in several blocks before the transactions with tenants were finalised.

As for the garden, Behbehani at first proposed to build an underground car-park similar to that in Cadogan Place, but this scheme was blocked by the Council.  So eventually the garden was included in the transaction – at, it must be said, a very reasonable price. The garden was acquired by the Warwick Square Company in parallel with the negotiations with the individual blocks.

The Birth of WSCL

The Residents’ Committee had been operating for some time but the complicated purchase of the freeholds clearly required the speedy formation of a new company. The lead in this was taken by James MacManus and Roger Banks who became the first chairman and secretary/treasurer respectively on the formal incorporation of The Warwick Square Garden Company Ltd on 18 December 1991. However it was not until 1st October 1992 that the company actually took over the management of the garden, and the following year that the name was changed to the present Warwick Square Company Limited.

Roger and James made a great job of setting up the new company. It soon became clear, with the number of households having then increased to around 240 and many owners not actually living here, that to form a single company in the time available was not possible.  Instead, 19 separate Block Companies were formed, each negotiating the purchase of the freehold of its building and each having the right to appoint one director to the board of WSCL.

This structure had the advantage that collection of garden subscriptions was the responsibility of each block and WSCL did not have to deal with 240 different accounts. It also meant that there was a guaranteed and predictable income regardless of the numbers who actually used the garden at any one time. So we avoided the financial and administrative problems common to many other London squares and private gardens. The local company James Street was confirmed as the managing agent for the garden.

By the end of 1993 all the blocks had completed the purchase of their freeholds and WSCL was fully up and running.